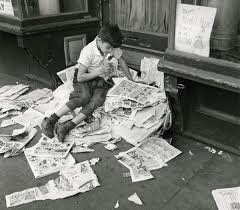 B. Rittenhouse, president of the Provident Savings Life Assurance Society of New York, has just published in pamphlet form an interesting review of mortality statistics in the United States during the last 30 years. It is astonishing at the start to note that the general death rate has declined from 18.6 a thousand in 1880 to an even 15 a thousand in 1909, or nearly 20 percent, and still more astonishing to note that between 1880 and 1890 it advanced 2.2, or nearly 12 percent.

The Maladies of The Young

The cause of this temporary advance, which was overcome by 1900, when the rate dropped to 17.6, is not given, but no doubt it was largely due to the heavy immigration of the eighties and the resultant congestion of the cities. Since 1890 a concerted effort has been made to relieve this congestion, or at least to combat its effects—by the establishment, for example, of tuberculosis sanatoria and the rigid inspection of the milk supply—and so the death rate has steadily declined.

According to Mr. Rittenhouse, “the decline has occurred chiefly in the diseases of children and early adult life, and comes almost wholly from tuberculosis, typhoid, diphtheria and other diseases of the communicable class.” It is only below the age of 40, in fact, that any falling off is shown at all. Among persons above the age of 40 the death rate has actually increased since 1880. Mr. Rittenhouse seems to think that this shows a rising susceptibility to disease in middle life and hints that the cause is the strenuousness of the age, or, to be more specific, “the business, social and domestic conditions which make such heavy demands upon brain, nerve and artery.”

The Case Of Cancer

As a matter of fact, the rise in the death rate above the age of 40 is probably to be explained, at least in part, by the very fact that the death rate below the age of 40 has declined. Every time a young man or woman is saved from tuberculosis, appendicitis or typhoid, all of which commonly strike their blows, if they are going to strike at all, before 35, another candidate for cancer is nominated, and the same thing happens every time another infant is saved from diphtheria, tetanus, hydrophobia, soothing syrups, unclean midwives or dosing grandmothers. In other words, the number of cancer victims increases simply because the number of persons capable of acquiring cancer constantly increases.

Cancer, as well all know, is a malady of middle age. It appears but rarely before 35 and is probably most often encountered after 45. It is obvious, then, that among all the persons who die before the age of 40, deaths from cancer will be comparatively rare. But when large numbers of persons who might normally die before the age of 40 are saved from the maladies peculiar to their years it is plain that the number of persons crossing the 40 year line increases, and that, in consequence, the number of persons susceptible to cancer and likely to die of it increases, too.

Why The Rate Is Increasing

One explanation, perhaps, lies in the fact that the persons who are saved from tuberculosis and other infectious diseases below the age of 40 are the very persons whose potential susceptibility to cancer is probably the greatest. That is to say, the fact that they have been attacked early in life by one lethal disease is a fair indication that they are abnormally susceptible to all lethal diseases. The art of medicine in recent years has made its greatest advances in the treatment of the maladies of youth—diphtheria, for example, and tuberculosis. But while it has succeeded in reducing the actual death rate from these diseases, it has not succeeded as yet in reducing that constitutional vulnerability which favors their incidence. In other words, it can cure a specific case of tuberculosis of the lungs, but it cannot, save rarely, convert that cured consumptive into a man as generally healthy and resistant to disease as the man who has never had tuberculosis at all. There is good reason, indeed, for arguing that the consumptive’s vulnerability to tuberculosis is merely an evidence of an abnormal vulnerability to the whole group of infectious or apparently infectious diseases, from common colds to leprosy and from measles to cancer.

If this is true, it follows that every time another consumptive is rescued from death and brought safely across the 40-year line cancer gains another promising victim. The same thing happens every time a child is saved from death by diphtheria, every time an infected appendix is cut out, every time a young individual is protected by vaccination against smallpox, typhoid fever, tetanus or hydrophobia. If, as seems very likely, a cure for cancer is shortly found, there will follow a rise in the death rate from Bright’s disease, another malady of later life and one which, according to some authorities, is certain to attack every human being who lives long enough and escapes all other diseases. If, in the years to come, Bright’s disease in its turn is conquered, there will then appear a great increase in the mortality from the general breaking up that is vaguely called “old age.”

The Conquest Of Disease

Meanwhile, it is pleasant to observe that the great plagues lose their terrors one by one. Diphtheria, once a truly dreadful disease, is now no more to be feared than measles; the death rate from the tuberculosis has decreased 48.4 per cent, since 1880;: that from typhoid has decreased 41.9 per cent, and is falling faster every year; lockjaw, hydrophobia and meningitis have been definitely conquered; the worst of the so-called blood diseases has just yielded to the science of Dr. Paul Ehrlich, the great German pathologist; cancer promises to give up its secret in a few years; the lesser intestinal infections are no long certainly fatal, and even pneumonia, despite the popular notion that it is increasing, shows a tendency to decline in virulence.

The works of H.L. Mencken and other American journalists are now freely available at The Archive of American Journalism. Visit our bookstore for single-volume collections–-ideal for research, reference use or casual reading.