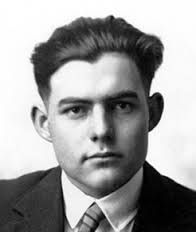 Big department stores cannot obtain insurance against changes of styles. If they did not devise some scheme to protect themselves against shifts in the public taste, merchandisers would be constantly in danger of being crowded with unsalable “Hyline” coats, “Pinchback” suits or other passing favorites.

Anyone who has tried to purchase a particular model of coat which happened to be suitable but at present is out of style, knows that it is impossible to do so in the big city stores. Do the departmentals and men’s furnishing houses sell all the goods they buy? What becomes of the old styles and the unsuccessful styles? Those are the questions the would-be purchaser asks.

The answer is that all good styles when they die go to the country. Because they cannot get insurance against changing fancy of the city public, every large furnishing house has an outlet established in some smaller city in the mining district, bush or country.

In some towns like Sudbury a furnishing house advertises that all their goods are direct from Toronto. They are, too, but the Sudburian or Cobaltese who imagines he is buying the latest Toronto models is really purchasing all the unsalable clothes of one of our furnishing houses.
In towns as near as Sudbury clothes would be only a little way out of style. Far back in the wilds is where the real old-timers will be vended.

There you will see a little false-front store advertising a New York, Toronto or Chicago connection, whose very latest creations will be “Mack Machinaw’s, the Kind They Are Wearing on Broadway,” or “Be in Style, Wear Peg Top Trousers.”

Those little stores on the edge of things are the real graveyard of dead styles.