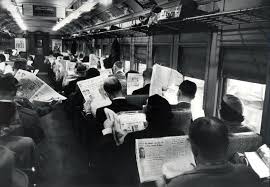 A big fortune is waiting for the right man in Australia. Unfortunately for me I am not the right man. I don’t like business, and I do not care sufficiently for money. On the other hand, I am not mean, and I am willing to tell the other fellow how to do it. This is the way: start a newspaper. Please don’t laugh. There are millions in it — to the right man.

Success, for a newspaper, depends upon the number of advertisements it can procure and upon the rate it charges for advertisements. A large newspaper cannot pay running expenses out of what it receives from subscriptions and street-sales. Some of the largest papers in the United States assert that their subscriptions will not pay for the white paper on which the paper is printed.

Each newspaper in Australia to-day is catering to a particular audience. The newspapers that are most successful are those which have caught the largest audiences. Very well. The proposition is becoming clear. If there is a fortune in the Australian newspaper today that has the largest audience, then is there a bigger fortune waiting for the man who will start a newspaper that will cater to a still larger audience.

That still larger audience is right here in Australia, and no one is catering to it. Catering to an audience is giving it what it likes. The working-class is larger than any other class or clique. Yet there are no papers catering to it, really, wholeheartedly catering to it. Catering to an audience means giving it what it likes, without considering the feelings or opinions of the other audiences in the community. Labor likes to hear about itself in the papers, to see its acts and. policies discussed and defended and advanced — and its battles fought loyally and royally. Labor is only human, and, being human, it will subscribe to the paper that acclaims it and at the same time damns the fellow on the other side to Jericho. There is no paper doing this in Australia. Some are frankly on the other side, and the remainder are on the fence trying to cater to heterogeneous audiences the members of which have conflicting interests.

This is a cold business proposition. There is no sentimental nonsense about it, no talk of righteousness nor progress. Labor constitutes the largest audience in Australia, and it is an audience of consumers. The newspaper that has the courage, daring, and common sense to cater to it as it should, from a business standpoint, be catered to, will get the largest circulation. The largest circulation will give that newspaper the largest amount of advertising. The man who owns that paper will make a fortune bigger than the biggest fortune being made by any newspaper to-day in Australia.

Please don’t object that the foregoing sounds all right but is only theory after all. It will work because it has already worked. Not so many years ago there was a Senator Hearst, of California, who owned the San Francisco Examiner. It was not a very respectable sheet. He did not directly make money out of it. He used it to advance his business and political interests, in the same way that many millionaires and corporations use newspapers in the United States today.

Senator Hearst also had a son. About the time the Examiner’s usefulness had come to an end, the son emerged from college. His father offered him several advantageous openings for a start in life, none of which satisfied the boy, who, instead, asked for and received the Examiner.

Young Hearst looked about him with a calculating eye. He had keen business foresight, and he saw that the largest audience in San Francisco (and incidentally in California and the whole United States), was not being catered to. There was no paper that flatly and down-rightedly supplied the working class with what it wanted, that openly fought its battles for it. He saw also that there was no reason why a newspaper should not adopt such a policy. He saw a fortune waiting for the right man to pick it up. William Randolph Hearst was the right man, for it was he who picked that fortune up.

In addition to splendid business ability, he had nerve. There was nothing cheap nor shoddy in the way he went after that fortune. He bought up the best brains on the market, and paid unheard of prices. He bought business managers, lawyers, editors, writers, cartoonists, and illustrators. It did not matter what pay they were receiving from other employers, he gave them more. He gave them twice as much. He gave them more than they even dreamed of asking for. In passing, I may note that a single one of his editors today draws a sliding-scale salary of from £10,000 to £15,000 per year.

Having resolved to give the working class what it wanted, he was not penurious about it. The skilled brains he commanded studied the psychology of the working class, found out what it wanted, and gave it to it with style. Even when it wanted vulgarity, it got vulgarity, and with style. As a result, the Examiner soon had the largest circulation in San Francisco. In the same fashion Hearst went over the United States exploiting the new field he had discovered by starting similar newspapers in all the large cities. And in city after city he captured the largest circulation, forsooth, because he did what no other newspaper had done, namely, catered to the largest audience.

Suppose Hearst were to invade the newspaper field of Australia tomorrow. His lieutenants would start, say in Sydney, by erecting a proper building for a great modern paper, and by installing the most efficient color presses and printing presses obtainable. At the same time his lieutenants would be buying Australian brains, and the best Australian brains. It would be a matter of but few days before there would be a number of vacancies on the other newspapers. Wherever Hearst’s lieutenants found a man they wanted, they would get him regardless of cost. And when the first number of the paper appeared, it would be the best paper the best brains could turn out — of course, the best paper according to the standard required by the working class of Australia. As I have said before, if vulgarity was what the Australian working class wanted, vulgarity, manufactured by the best brains, would be what the working class would get. But if, instead, it wanted anything else, that it would be served with as it had never been served before. The point is: the working class would be served, and well served, according to its desires.

There would be far more cable news in this paper than in any of the other papers. There would be pages more of Commonwealth and New South Wales’ news. There would be photographs on every page of the persons and events of the day’s importance. There would be cartoons drawn by the best Australian cartoonists, and there would be leaders, Labor leaders, writing for Labor, in Labor’s interest, by the best leader-writers in Australia who to-day do not write such leaders because it is not the policy of the papers for which they work to cater to the working class.

Not only would this hypothetical Hearst paper give the working class far more for its money in the daily editions than any of the present papers are giving to their particular audiences, but it would publish a Sunday edition as well. And such an edition! It would be sixty, seventy, or eighty pages strong, and among many other features, it would have a double “funny” page, in colors, for which the Australian children would cry.

Incidentally, the first page, and pages, would be devoted to news, while the advertisement would be relegated to the inside pages. The headlines would be larger, enabling the reader to seek more easily for the particular news of his fancy. The print would not be so fine, and there would be more space between the lines. Also, the size of the sheet would smaller.

But why expand on details. The result would be that in no time this paper would have the largest circulation. Mr. Hearst would rattle the dry bones of Australian newspaperdom, and he would rattle some of the present dailies and weeklies out of existence.

However, at present there is no danger of a Hearst invasion. Mr. Hearst is too busily engaged just now in spending on his personal political ambitions the millions acquired by his newspapers. But the Australian working class, uncatered to, remains. The opportunity is still open for the right man to pick up the fortune that Mr. Hearst would certainly pick up if he came along.

The works of Jack London and other major American journalists are now freely available at The Archive of American Journalism.