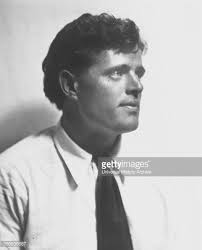 Just a homely sort of man, a good comrade, is Mr. N. O. Nelson—the kind of man that meets you one minute and shakes your hand, and whose hand the next minute is on your shoulder. In the scramble of strong men for wealth he has scrambled well. But in the scramble of good men for justice and humanity he has scrambled equally well. He is a millionaire; he is also a socialist. And he is not afraid to say that business for profit only is immoral. Bor does he say it softly and to himself, but from the high places where all may hear. Just now, on a tour of the Pacific coast, he is in San Francisco, lecturing upon profit-sharing, and upon what he holds profit-sharing must evolve into, namely, socialism.

“So you want to hear of village Leclaire,” he said, with his hand upon my shoulder. “Well, to begin at the beginning, I have been manufacturing for thirty years. Strikes first interested me in the labor question, and led me to the study of economics. From this study, and from my experience as a practical employer, I arrived at profit-sharing, which I adopted in my business sixteen years ago. But I speedily discovered that this was not enough. The city I regarded as a human hothouse, hospital and graveyard—no place for men and women to live and work or children to be born and reared.

“So, twenty-five miles from St. Louis near Edwardsville, on the Illinois highlands, I bought 125 acres of rolling ground and built my factories. There are six of them, fireproof and hygienic, with showers and lunch tables and all possible accommodations for the workers. Our tables, by the way, are not of plain pine boards.”

Factory Town as a Park

And here his face lighted with a joy and satisfaction which is good to see in the face of a man.

“Not of plain pine boards, but of quartered oak, and we made them ourselves. It is a pretty place, village Leclaire, with lawns, and trees, and flowers, park-like, with vistas ever opening out before one’s eyes. It has become the fashionable drive for the people of Edwardsville, and as a visitor once remarked, ‘Leclaire is the only place in the world where the workman’s quarter is the show place of the town.’

“Homes were built, with plenty of gorund—no stifling—but they were not rented. The workmen bought them, if they wished—nothing compulaory about it—and the terms were very easy. The proceeds from the land were turned into the public improvement fund.

“Freedom and spontaneity have been the ruling ideas. There were no requirement … of his own free will. There were trees and seeds, free and in abundance, for them to plant, or not to plant, as they saw fit. But they saw fit to plant, and today everybody has plenty of fruit and flowers and green things. And that is the delight of Leclaire: a free spontaneous life of a happy and energetic people.

“There are no police. We have no use for police. We never shall have any use for police. Everybody works; everybody is too busy doing something, there is no time for trouble and mischief-making. All are stockholders, interested in the welfare of the business, and sharing in its profits. We work a nine-hour day in trades that are ten hours throughout the country, pay full union wages, the living conditions are excellent, and we pay dividends of 10 to 15 per cent.”

As I listened, I recollected what H.E. Armstrong once said of Mr. Nelson: “Mr. Nelson happens to be one of those men who would sooner give his employees an interest in his business than squeeze them to endow institutions.” Also, I recollected one of Mr. Nelson’s famous expressions: “The twentieth century renaissance is to be joy in work.”

“We have bowling alleys, billiard-rooms and baseball fields,” he continued; “a skating pond, lecture hall, dance hall and library. A band of 30 pieces has been formed from the factory force. In the summer time there are outdoor concerts, and in the winter time musicales. Then we have school, kindergarten and domestic economy classes, lecture courses, and social clubs—all voluntary—and my daughter teaches the dancing classes. What’s that? Yes, I live there with my family. Five years ago we gave up our city residence to live at Leclaire. We all love it. My married daughter has come out likewise to live at village Leclaire.”

“But are you utterly satisfied with profit-sharing, Mr. Nelson?” I asked. “Do you consider it the panacea for all industrial and social ills?”

“No,” he answered, weighing his words carefully. “Profit-sharing is a transient phase only of the evolution of production. It is better than the unshared profits of the employer. It is recognition, merely, of the worker, and of the worker’s interest and right in what he does—a partial measure of justice, so to say.

“Then you believe the workman is entitled to the full product of his toil?”

“Then what is your opinion of trades-unionism? Can the unions gain for the worker the full product of his toil?”

Again he weighed his words carefully. “The trades unions are absolutely necessary today. I am heartily in favor of them. They are extremely useful now for the protection of the workers. They have done and are doing a vast deal of amelioration. But they will never gain for the worker the full product of his toil, and for this reason trades unionism does not aim to put the workman in possession of the machinery of production, and not until the workman owns the machinery of production may he own wholly that which he produces.

“There are two ways by which the workers may come to own the machinery of production. First, by voluntary association, largely similar to that now in operation at Leclaire, with, in addition, collective ownership of public utilities. And second, by the entire community owning the entire machinery of production, which is socialism. I am prepared for either way; for, after all, they are ways. The end is the thing, and the end is that social structure which will give the greatest freedom and happiness to each individual and to all individuals.

“The trusts?” Mr. Nelson said a little later in the conversation. “The trusts are inevitable consolidations. No system of laws that allows corporations at all can prevent consolidations into the larger corporations known as trusts. Nor can any law intended to obstruct be executed when such large moneyed interests are at stake. The natural and inevitable evolution of the trust is into public ownership. Municipalities are more and more taking over public utilities, while several states have already set up factories for the manufacture of trust goods, notably in the case of binder twine in Kansas, Nebraska, Iowa and Minnesota.”

And then we picked pippies on the Piedmont hills and told each other that life was good, and said good-bye. And I knew that I said good-bye to one of the happiest men I have ever met. And why should not a man be happy whose function in life is to make other people happy? By charity? Heaven forfend! Mr. Nelson makes people happy by adjusting economic conditions that they by their own labor may make themselves happy.

The historic works of Jack London and other major journalists are freely available from The Archive of American Journalism: www.historicjournalism.com