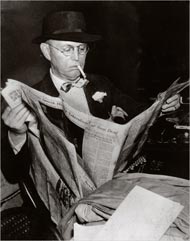 EDITOR’S ENTERPRISE: The church in Carson prospereth. A fine edifice will soon be completed here, wherein the gospel may be comfortably preached, and listened to in comfort likewise. A complimentary benefit to this enterprise was given at the theatre last night by Hon. James Stark and Mrs. Cutler, the profits of which amounted to upwards of two hundred dollars. Mrs. Cutler recited several poems, and sang a few choice songs with such grace and excellence as won for her the compliment of repeated and enthusiastic encores. Mr. Stark’s readings were well selected and admirably delivered. His recital of the speech of Sergeant Buzfuz, in the great breach of promise case of Bardell vs. Pickwick, was a very miracle of declamation. If all men could read it like him, that speech would live after Cicero’s very creditable efforts had been forgotten; yet heretofore I had looked upon that as the tamest of Mr. Dickens’ performances.

And just here, I am constrained, in behalf of the community, to do justice to Charley Parker’s liberality and good citizenship. He prepared his theatre for this church benefit, put a stove in the green room, and had the house duly cleaned and lighted—all at his own expense. It was a good action, and gracefully and unostentatiously performed.

The Convention will probably complete its labors about Wednesday. The members are growing restive and impatient under this long exile from their private business, and are anxious to finish their work and get back home. Three of the Esmeralda delegation—Messrs. Stark, Conner and Bechtel, being imperatively called away by the necessity of attending to their private affairs, have been granted indefinite leave of absence. These gentlemen have been constantly at their posts, and unremitting in the discharge of their duties, and well deserved this kindness at the hands of the Convention. And between you and me, if there were no ladies in Carson, my estimable old fossil, Colonel Youngs, would ask permission to go home, also. Now, why will a man, when he gets to be a thousand years old, go on hanging around the women, and taking chances on fire and brimstone, instead of joining the church and endeavoring, with humble spirit and contrite heart, to ring in at the eleventh hour, like the thief on the cross? Why will he?

Mr. STERNS rose to a question of privilege again, to-day, and requested that the reporters would publish his speeches verbatim or not at all. The fact is, they ought to be reported verbatim, but then we work eighteen hours a day, and still have not time to give more than the merest skeletons of the speeches made in the Convention. Johnson and Stewart, and Larrowe, and Bryan, and others, complain not, however, although we condense their remarks fearfully. Even Judge Brosnan’s stately eloquence, adorned with beautiful imagery and embellished with classic quotations, hath been reported by us thus tersely: “Mr. Brosnan opposed the motion.” Only that, and nothing more. But we had taste enough not to mar a noble speech with the deadly engines of reduction and the third person.

Now, in condensing the following speech, the other day, we were necessarily obliged to leave out some of its most salient points, and I acknowledge that my friend Sterns had ample cause for being annoyed at its mutilation. I hope he will find the present report all right, though (albeit the chances are infernally against that result). I have got his style verbatim, whether I have the substance or not.

The question being on the amendment offered in Committee of the Whole, to Mr. Stewart’s proposed substitute for Section 1 of the Article entitled “Taxation,” as reported from the Standing Committee:

Mr. STERNS said—Mr. President, I am opposed, I am hostile, I am uncompromisingly against this proposition to tax the mines. I will go further, sir. I will openly assert, sir, that I am not in favor of this proposition. It is wrong entirely wrong, sir (as the gentleman from Washoe has already said); I fully agree (with the gentleman who has just taken his seat) that it is unjust and unrighteous. I do think, Mr. President, that (as has been suggested by the gentleman from Ormsby) we owe it to our constituents to defeat this pernicious measure. Incorporate it into your Constitution, sir, and (as was eloquently and beautifully set forth in the speech of the gentleman from Storey) the gaunt forms of want, and poverty, and starvation, and despair will shortly walk in the high places of this once happy and beautiful land. Add it to your fundamental law, sir, and (as was stated yesterday by the gentleman from Lander) God will cease to smile upon your labors.

In the language (of my colleague), I entreat you, sir, and gentlemen, inflict not this mighty iniquity upon generations yet unborn! Heed the prayers of the people and be merciful! Ah, sir, the quality of mercy is not strained, so to speak (as has been aptly suggested heretofore), but droppeth like the gentle dew from Heaven, as it were. The gentleman from Douglas has said this law would be unconstitutional, and I cordially agree with him. Therefore, let its course to the ramparts be hurried—let the flames that shook the battle’s wreck, shine round it o’er the dead— let it go hence to that undiscovered country from whose bourne no traveler returns (as hath been remarked by the gentleman from Washoe, Mr. Shamp), and in thus guarding and protecting the poor miner, let us endeavor to do unto others as we would that others should do unto us (as was very justly and properly observed by Jesus Christ upon a former occasion).

After which, the Convention not knowing of any good reason why they should not tax the miners, they went to work and taxed them.

Now, that is verbatim, as nearly as I could come at it. I took it from my own mysterious short-hand notes, which are mighty shaky, I am willing to admit; but then, I guarded against inaccuracy by consulting the several authorities quoted in the speech, and from them I have the assurance that my report of Mr. Sterns’ comprehensive declamation is eminently correct. I cannot bet on it, though, nevertheless—I cannot possibly bet on it.

I think I have hit upon the right plan, now. It is better to report a member verbatim, occasionally, and keep him pacified, than have him rising to these uncomfortable questions of privilege every now and then. I hope to be able to report Bill Stewart verbatim in the course of a day or two, if he will hold on a spell.