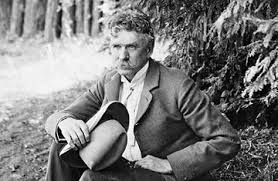 ED. NEWS LETTER:–I went on last Saturday to witness a ceremony peculiar, I believe, to your people; at least, I have never observed any such custom among other polite nations, and I have traveled extensively among the Cossacks, Calmucks, and the various Indian tribes of your continent. It was the laying of the corner stone of the building to be erected by the Young Men’s Christian Association—though what they need a building for is not quite clear. After an address by Mr. Barstow, the stone was fixed in its place by the Rev. Mr. Lathrop. I am told he is an eminent divine, but to me he looked little more than human. He proclaimed the stone “duly laid in the name of the Father, Son, and Holy Spirit, and to the glory of Christ and the Lord; than whom no other Corner Stone is known.” The solemnity with which he made this profound and original remark was very impressive—probably because I did not understand it. Now I wish to ask a few questions, which I hope some kind gentleman will answer, and so instruct a foreigner in some of the mysteries of your religion. First, what is the name of the Father, Son and Holy Spirit; and how can a stone be laid in it? In Hdkho we lay them in mortar. I have heard something about taking the name of the Lord in vain, but this, surely, is not what is meant, Second, if Christ is the only corner stone known, are there four of him? If not, what supports the four corners of the edifice erected upon him? I asked this question of a gentleman present, and here is his reply, of which I do not comprehend a word: “My friend,” said he, “it is wicked to inquire into holy things, but as you seem to be a stranger, I will tell you this much, which you can verify at your leisure. The other three corners of the edifice to which you refer, are supported by corner stones, but these are so unsightly that they are kept constantly covered by a kind of mastic called Cant, which has been so unsparingly laid on that it now covers nearly the whole edifice. Several inquisitive persons, however, have at various times dug through this mastic, and revealed the nature of the stones. The first of these is a kind of rock quarried from the lowest stratum of what is termed the Social Formation, where it is found in vast quantities. Several distinguished geologists have asserted that it is the original ‘bed rock’ of humanity. It is said to take its name from ignis, fire, for its warmth is such as to nourish into life a great many varieties of pebbles and noxious weeds, besides warping and killing numerous fair plants which grow above its bed. The second corner is supported by a sort of rotten stone, called by two different names, according as it is seen from the inside or the outside of the building. It is found in all countries, but most abundantly in the immediate vicinity of the rock just described, of which it is an offshoot, if I may use so unscientific a term, and as its name implies, stands immediately above it. The third corner stone is hewn from a rock found in every country but this. It is used principally in the construction of prisons for heretics and the benefactors of mankind; and in San Francisco, small pieces of it, imported from Japan, are in great demand for pelting Chinamen. It was deposited at the time of the flood from a solution of the other two rocks which I have mentioned It is often mentioned in our Scriptures—in fact, they are full of it It is alluded to in the passage: ‘Thou art Peter, and upon this rock I will build my Church’; but it was afterwards decided to use the other stones also” I confess I was much perplexed at this profound geological discourse, and shall apply to Professor Whitney and the Academy of Natural Sciences to explain it. It will be observed that my informer did not mention the name of any one of these rocks Perhaps some of my readers may be able to guess them It’s all Greek to me.

I was much gratified at the kindness of the young men in erecting a building to the glory of the Father—or the Son—or the Holy Spirit, which is it? I do not fully understand the sublime doctrine of the Trinity—do you? I am sure that God (or Christ—or the Holy Spirit) must be very grateful for this attempt to enhance his fame at an expenses of $54,000. The Architect of the Universe cannot but be extremely edified to see a handsome brick building going up, to his glory. I finally left the ground, quite as wise as I came there, but a man has since told me that many others were not so fortunate.