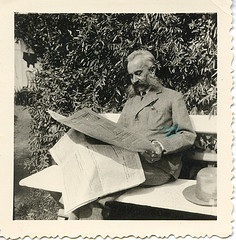 My friend, Ike Dorgan, and I went down to Long Branch, on the New Jersey coast, one chilly arch day to see Jack Dempsey. It is here Dempsey makes his Eastern headquarters.

I was a little curious to see how prosperity had affected a former knight of the brakebeams, who suddenly found himself lined with money. I had heard rumors that Dempsey, in his new glory, was a sort of bright lights’ kid. So Ike and I went to see what we might see.

Ike used to manage Frank Moran, the old blond punch absorber from Pittsburgh, and is at present publicity man for the Willard-Dempsey fight. These big pugilistic matches are nowadays conducted as big business, on a portly scale.

We went by train, and Jack Kearns, Dempsey’s manager, met us at the station. Kearns has for years been w ell-known figure in sporting circles on the west coast. He is an astute handler of the genus pug. Before he got Dempsey, he managed dozens of other fighters, good, bad and indifferent. He was supposed to be the manager of Les Darcy when the Australian came to this country, but Les ran out on him.

Kearns is a slim, dapper, slick looking individual with experienced eyes. His hair is getting gray around the edges. He had a nice new Chandler automobile, painted a delicate blue, waiting for us.

“Belongs to Dempsey and me,” he explained as we were breeaing off in this nifty rig. “We bought it together. We do everything on a 50-50 basis. We’re just like brothers. He’s certainly a grand boy.”

“And when he gets to be champion, and splits out with you, as all fighters eventually do after they’re made, what then?” I asked.

“Oh,” I interrupted, cynically, “this fellow’s different from the rest, eh?”

“Well, I honestly think he is different at that,” he said. He seems to be very fond of Dempsey, and by the same token Dempsey seems to like Kearns.

We stopped in front of a quiet house in a quiet street, quiet being the predominating feature of Long Branch in March. It is a celebrated old-time summer resort, but living there in winter strikes one as a prospect about as alluring as a residence in a baseball yard during the off season.

The house is a small two-story frame, set in a row of similar frames. It is a small hotel conducted by a fine old lady whom Kearns greeted as “Mother” Hughes. We were ushered into a small parlor, which seemed crowded with men, but the crowd immediately dissolved into no more than two men. But they were extra large men.

Look Out for This Boy

One of the was Dempsey. I had met him before, so we were merely resuming acquaintance. The other was a ghost of Bob Fitzsimmons’s youth—shoulders, legs, hands, freckles and everything else. He is Martin Burke, a 20-year-old amateur, picked up by Kearns to act as Dempsey’s sparring partner. One of these days you may hear much of Martin Burke.

There was a big potbellied stove in the room—an old-fashioned base burner—and it was aglow with heat. There was a table with a reading lamp on it, there were comfortable chairs and couches. It was an inviting, homey looking place, but about the last place you would pick as a prize fighter’s retreat. It was certainly far from the lights of old Broadway.

“Dempsey likes it down here,” said Kearns, and Dempsey nodded acquiescence, as he pawed through a pile of phonograph records to let us hear his latest. Dempsey’s musical taste is pronouncedly Al Jolson.

As a rule Kearns says “we” in speaking of the firm, but the generous assignment of the liking to Dempsey along did not astonish me. Mr. Kearns is incandescent reared.

“Oh, I like it here, too,” he said hastily, noting my expression. “It’s quiet”—a statement of indubitable fact which caused Ike Dorgan, inmate of the Roaring Forties (jazz region of Manhattan island) to clear his throat as if he intended speaking. “And restful,” continued Kearns.

“Yes, it’s a great place,” Dempsey cut in. “I first got to coming down here to see Joe Bannon, a friend of mine who lives here in the summer, and I got stuck on the place. I trained here for the Fulton match. You see, I can do my roadwork on the beaches, and Jimmy DeForrest has a good gymnasium around the corner. Of course right now I’m not doing any real training. I walk and jog a few miles every day, but I’m really just laying around and resting.

“You know,” he continued, “I’ve been out with burlesque shows lately—girl outfits—and I tell you it’s pretty nice to come back here and rest. I certainly like Long Branch. It’s so quiet.”

Mr. Dorgan listened to the quiet and shuddered slightly. There was a great deal of it indeed.

“You ought to see me act,” said Dempsey. “I’m a better fighter. I’m going out again with an athletic show, and the I’m going out to Colorado to put in about a month in the mountains. I want to get the old altitude. Say, I hope they hold the fight somewhere out West. That’s county, that is.”

At 6 o’clock “Mother” Hughes announced supper, not dinner—supper—and we sat down in the dining room at a long table with places enough to accommodate a dozen people “Mother” Hughes has other boarders besides the pugilistic contingent.

The food came on heaped high in places, Kearns assisting in carrying it in, and Dempsey also making sundry sorties kitchenward for supplies. They are evidently thoroughly at home in “Mother” Hughes’ house. They are members of the family.

It was home-cooked food, and plenty of it, with homemade bread, and I could readily understand after watching Dempsey’s trencher work why he likes the place. He is what you might call a “good feeder.”

In the evening we took a brief turn through the quiet streets of Long Branch to settle our supper, streets that are teeming with life in the summer evenings.

“There isn’t much doing,” said Dempsey, “but I can take you to a picture show if you want.”

But we preferred to go back to that healthy old base burner, and get our chairs close to its beaming bosom. It was then that Dempsey began telling me his story, which he continued at other times, and in other places.

Visitors dropped in from time to time. One fellow came in about a Belgian police dog which Dempsey had evidently been bargaining for. The owner had decided to reduce the price. Jack could have it for $200.

The telephone bell rang frequently and generally the calls were for Dempsey.

“That fellow’s going to send me a book,” he announced. “It’s about a fighter, and it’s called Cashel Byrono’s Profession.’ Is it a good story?”

“That’s a little bit of a girl,” he said, after another call. “She’s only seven, and she’s a great friend of mine. I like kids. I know a lot of ’em around the neighborhood.”

“But is this all you people do?” demanded Mr. Dorgan, feebly. “Get up, and sit down, and then go to bed?”

“Well,” said Kearns reflectively, “this has been rather an exciting evening. Generally there’s not much doing. It’s real  quiet in Long Branch.”

Presently it came bedtime, or, anyway, it came to 11 o’clock, and Kearns took us upstairs to put us away in a spare room, explaining meantime that we had kept Dempsey up rather late and paying no attention to Mr. Dorgan’s manifest horror at the idea of going to bed before midnight at least.

Dempsey and Kearns apparently occupied most of the house. Upstairs they had a couple of rooms largely filled with wardrobe trunks. There must have been half a dozen trunks, all leaking raiment. For years Kearns has rivaled the lilies of the field in his array, and he is evidently conducting Dempsey along his own sartorial path. And a few brief years ago a varnished suitcase with a few extra dollars in it was Dempsey’s notion of traveling abundance.

Kearns also has Dempsey wearing a wrist watch on a hairy wrist the size of a leg o’ mutton, or maybe it is Dempsey who has Kearns wearing the pulse ticker. Anyway, they both wear ’em. Shades of Tom Figg and old John L.!

Soon the unearthly quiet of Long Branch, N.J. settled down and encompassed all in its deadly folds, and nothing could be heard in the house save the partnership snores of Messrs. Kearns and Dempsey and the shivers of Ike Dorgan shaking the bed in terror over the cussed stillness.