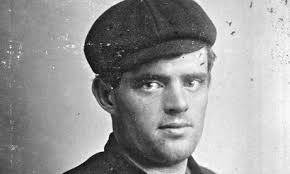 He May Waver and Wobble and Twist and Shiver Before He Gets His Sight, But Then He Turns to Stone

Tilings are wanning up at the firing butts. The Fest opened Thursday morning with a rush, and swept onward and upward, from climax to climax, throughout the day. Rifles blazed at the stroke of eight and kept the secretaries and markers on the jump till night-bell, when the Temple of Gifts opened its gates to the victors.

Records were broken and smashed, and scores deemed impossible were made. Ringing cheers heralded these performances, and rushes to where the Rhine wine flowed free followed them. Hands closed on hands in the grip of fellowship, and men, ordinarily decorous, clasped arms about one another’s necks and shouted congratulations.

It was a great day, with King—shooting and honor—shooting furiously hot all along the line. But greatest of all was the breaking of all the records of the previous kings of the Schützenfest. The dark horse has been sprung, and midway in the game, and lo, he belongs to us of the Golden West, and nothing less than a San Francisco man is Adolph Strecker, who, when the Fest is ended, will doubtless be crowned king of American riflemen.

It is an education to watch these target princes at work, and the more one watches the more marvelous does their work appear. In the mere facing the firing butts, individuality is most manifest. All of them, except the left-handed ones, of which there are several present, present the left side of the body to the target; but at that point similarity ceases. Nevertheless, somehow, in one way or another, they manage to approximate results—that is, bull’s-eyes.

First of all, they lean the muzzle of the rifle on the board before them and snuggle the butt in against the arm just outside the shoulder. Then the muzzle is elevated with a quick movement and there is more snuggling of the butt-plate. No child’s play, this Bund shooting! It is noticeable that many of the men draw two or three long breaths before aiming, completely exhausting and expanding the lungs each time and doing the work on a full breath.

After the gun is up, and before they go any farther into the matter, they shake their legs a bit, as though to settle down any shifted ballast, or, perhaps, to polarize the fleshly molecules for greater firmness. And this, notwithstanding the fact that their feet rest on solid cement. Then comes the sighting, about which they are very deliberate, often dropping the muzzle to the board and beginning all over again, and it is not unusual for them to leave the firing stand without having fired a shot. Slowly, back and forth and around, the rifle wavers, and then, suddenly, it freezes, and the man freezes too.

There is no better way of describing it, unless to say that they petrify before one’s eyes—man, gun, everything turns to stone. Think it is hard? Try it. Never mind the gun or position; just stand upright, with arms by the side, and discover how unstable you are; feel one muscle after another slacking up and giving way, and your weight shifting, and your body swaying this way and that. Further, and just to enter into the psychology of it a bit, suppose that you have two bull’s-eyes on the Honor Germania target, and this is your last shot, and you know that you’ll have to wait three years before you are entitled to three more shots–just suppose all this and take just into account the reputation you have to sustain and the critical eyes of your comrades focused upon you, and you will understand something of what the target princes have to endure, and you will gain somewhat of a knowledge of the tremendous self-control they must exercise.

A 32-40 range rifle, charged with forty to forty-four grains of semi-smokeless powder, makes a report heavy enough to jar the atmosphere and shock the nerves of the bystander. And yet the marksman, when he has petrified with whole body, brain and gun, and even every faculty and thought finely poised, shows not the slightest apparent disturbance when a gun goes off in an adjoining box a yard away.

But to return, when the rifle has stopped its wavering and the man has petrified sufficiently he presses the trigger, the gun goes off and the score card is made or marred. But that trigger! It may respond to the slightest pressure and the man may be able to hold the gun motionless for ten seconds, and for all of that his shots may yet go wide. He is so constituted that he fails when it comes to pressing the trigger. Just at the moment when everything is in line and he knows that everything is in line, at the moment when from the brain a message flies to the finger “to pull,” at that moment of moments there is an involuntary preparation, an unpreventable stiffening of the muscles and the aim is spoiled and the bullet sped.

If by mere thought a gun could be discharged without the transmitting of a nerve message or the consequent movement of a muscle, far higher records would be made. The man who best overcomes this, other things being equal, runs up the biggest scores. But right here at the pulling of the trigger is where many men fall down, and they fall down all along the way, so that the skilled sharpshooter is a creature of the keenest selection. He has passed scores of successive tests at which his fellows have been weeded out.

The prize shooters discover a variety of ways in holding their guns. The majority use the palm rest, but among them some bring the rifle up to a nearly erect head and others lower the head to the rifle. Other men shoot with right elbow up and left arm straight and supporting the gun far out near the muzzle. Others balance the gun just under the chamber with extended thumb and fingers of left hand. And still others rest the trigger hand in hollow of left arm and clasp left hand about right elbow. Then some elect to stand with both legs firm and stiff, the weight of the body divided evenly between them; some with feet together; some with feet wide apart, and some with one leg stiff and carrying the whole weight and the other slack and idle.

Most of the shots use the pinhead and aperture sight interchangeably, though a few stick to one or the other. These sights are a revelation to the ordinary non-shooting man, whose only knowledge of such things comprises the beads on revolvers and shotguns, and they explain, to some extent, how the sharpshooters are able to do such marvelous work.

Take the pinhead sight for instance, which is used by some when the light is dim or flickering. With it the aim is not ordinarily taken at the center of the twelve-inch blank spot 600 feet away. At that distance the center would only be conjectural. So, with a pinhead sight the aim is directed at the lowest point in the circumference of the black circle. And if the aim be directed precisely at this lowest point in the circumference, the bullet will strike just six inches above in the dead center of the bull’s-eye.

The aperture sight operates quite differently. It is, as its name indicates, a small circular opening, and it is used as a front sight. When the gun is in proper position and the marksman looks through the aperture, it is seen to encircle the twelve-inch black bull’s-eye with just a little bit to spare.

This bit to spare rings the black with a circle of white. And when this ring of white is uniform in width all around the black, it is time to pull the trigger. Thus the shooter is not concerned with the center of the bull’s-eye at all. It does not in the slightest enter into his calculations. As with the pinhead, his business is with the bottom edge of the black spot, so in this case it is with the circumference of the black spot—a big improvement, it must be granted, on the old-time method of sighting.

Sighting is an intricate matter, and requires a wide knowledge of many things. In the morning, when the light is gray, there is a tendency to shoot low. This is countered by elevating the sights, and all is well until the sun comes out full and strong, when the tendency is to shoot high, until the sights are readjusted.

All good game shots shoot with both eyes wide open, the right eye making the sight, the left following the game. In target work this is not to be expected, but nevertheless many of the men so shoot. In such cases the left eye does not work, its line of vision being intercepted by the black card surrounding the back sight. But the advantage sought and gained is the placing of nothing more than a normal working strain on the right eye. The man who squints his left eye tightly is looking in an unnatural manner with his right. At the end of a heavy day his right eye will be unduly fatigued; and not only that, for if he persist through a long period of time the chances are large that his eyesight will be ruined.

So it is not all beer and skittles and Rhine wine for these men who go up to the firing butts and with definiteness and coherency split the air with little pellets of lead. In the days of old the mightiest muscle drew the longest bow; but to-day it is the finest and most delicate nerve that touches off the trigger. Brain has conquered brawn in the struggle for human mastery, and it is well that it is so.

The works of Jack London and other major journalists are freely available from The Archive of American Journalism: www.historicjournalism.com