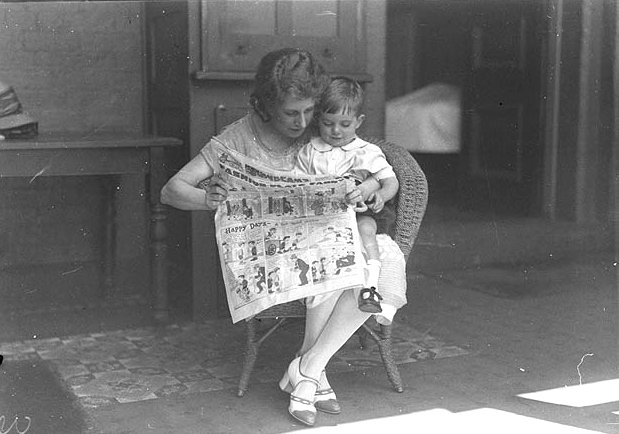 Stories of the rise of a champion are not new.

They are almost invariably the old story of the early struggle against adversity, of discouragement and disappointments, and finally glowing success.

The tale always ends with the punch that brings the crown, the rest is left to the imagination of the reader, which naturally conjures up a sort of “lived-happily-ever after” finish.

No one has ever told what happens after a man becomes champion; how he lives, acts, and thinks during the days of his championship reign.

Before Jack Dempsey became heavyweight champion, the writer set down his career under the title, “A Tale of Two Fists.” The story left Dempsey training at Toledo, Ohio, for the battle that made him champion.

At the time “A Tale of Two Fists” was written there was no certainty that Dempsey would beat Willard. He might have been whipped in short order by the ponderous Kansan, and thereafter drifted into the oblivion which is the port of beaten men.

But none the less Dempsey seemed worth a story, because he was the most picturesque figure that had ever come to the prize ring.

He had been a hobo—a tramp—ragged, penniless, and often hungry. He made his way from place to place, riding brakebeams, working when he could find work, and begging from door to door when he couldn’t. Now and then he saw the inside of a jail.

His adventures made interesting reading, even had he not been contending for the greatest prize in fistiana.

Then overnight he became a species of king, followed by admiring crowds; living on the fat of the land, his pockets lined with money, his very name invoking cheers.

I watched this transition with interest, wondering how it had affected him, wondering what were the thoughts of a young fellow who had known the bitter coldness of the world, in the midst of all this prosperity and adulation.

Dempsey is no intellectual giant, but he has native intelligence, and his early experiences on “the road” have given him a great insight into human nature. Furthermore, he has a strong sense of humor. I wondered if it came to his rescue as he rode the wave of popularity, or if the hurrah were warping his views of life.

How many of the rest of us at 23 could go along, always the same, with the public pack at our heels wherever we went, elbowing and shoving for a peek at us?

How many, I imagine.

Then came tales of various troubles.

The popular pastime of many persons is hurling rocks at the newest idol, and rejoicing if the missiles land. Sometimes the impact leaves the idol a bit bewildered. The new champion found himself beset by enemies animated by envy, malice, mistaken motives, or something even more sinister.

They worked against his happiness, and for his money. They got most of the latter for a time. I wondered how Dempsey was taking this. What were the thoughts of a man who had tasted the sweets of popular acclaim on encountering adverse influences?

Greater men than Dempsey have had the same experiences, Statesmen, actors, reformers, and public officials from the President of the United States down to dog catchers have learned the fickleness of some of the public—not all, but some.

I wondered if Dempsey knew, and how much he knew.

Once more, in training for a bout that is the talk of two continents, he fills the public eye. He rides again the wave of popular favor, followed by cheering crowds, surrounded by admirers eager to pat him on the back, and tell him how good he is, and what he will do to the Frenchman.

He smiles constantly, and listens, apparently with close attention, to the babblers. He bears with human pests in trousers and skirts, posing for camera fiends, kissing the smudgy cheeks of babies uplifted by proud parents, and answering myriads of questions.

By nature a friendly, kindly soul, Dempsey takes a real pleasure in these things, and he knows they are expected of The Champion.

But two years have taught him much of the psychology of the public. He knows the magic is all in the title—The Champion.

The other night, out at his house at Airport, he was unpacking a huge case containing a phonograph sent him by a Chicago admirer. Warren Brown, of the San Francisco Call, was lending a helping hand.

The covering removed, Dempsey stood back and gazed admiringly at the shining mahogany box.

Then he pointed to a tall silver loving cup on a table.

“You know,” he said, “That cup and this phonograph are the only things that were ever given me since I have been a champion.”

He stared at the cup a moment, and then remarked, wistfully:

“It’s a great thing to be The Champion.”

“But after you get hit on the chin?”

“Well, then you’re just a fellow around,” he answered. “But it’s a great thing to be The Champion.”

The works of Damon Runyon and other American journalists are now freely available at The Archive of American Journalism. Visit our bookstore for single-volume collections–-ideal for research, reference use or casual reading.