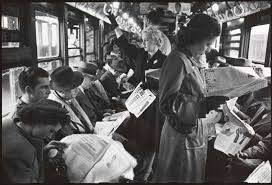 C.B. Royance Kent in his history of radicalism in England calls attention to the fact that governmental theory among the English has passed through the three stages described by Augusta Comte in his famous treatise upon the evolution of human thought—the theological, the metaphysical and the positive, or scientific.

“When the divine right of kings was put forward and believed,” says Kent, “political opinion was in the primitive or theological condition; when the theory of the natural rights of man was maintained by the French revolutionists and the early English radicals, then theology had given way to metaphysics; but when political principles came to be argued on the ground of experience and expediency, then metaphysics in its turn was supplanted by the scientific method.”

Politics In The Colonies

he history of political theory the United States is a history of an exactly similar evolution. The early colonists were obsessed by recondite and maddening theological problems. Most of them made the perilous journey across the ocean not to get a chance to work out political ideas, but to get a chance to enforce theological ideas. In fully a half of the colonies the Laws of Moses, as they were variously interpreted by self-appointed and frenzied authorities, had far more influence upon legislation than the English Constitution. Nine-tenths of the colonists believed, without question, in the divine right of rulers to rule, the divine right of the white man to rob and murder the Indian and the divine right of the hangman to hang.

This era lasted until the middle of the reign of George II, or thereabouts. When there occurred, on both sides of the ocean, a sudden transition from the theological stage of political thought to the metaphysical, men began to make elaborate inquiries into the abstract ideas at the bottom of government. In France there was much talk of the natural rights of man; in England that long and bitter discussion which culminated in the Reform Bill of 1832 got under way; in America the discontented colonists, groping about them for some relief from the ills which beset them, eagerly welcomed and adopted a host of founding slogans. It began to be believed throughout the world that the central problems of government were capable of complete and permanent solution, like algebraic equations. Politics became a sub-department of philosophy. The science of government was reduced to a series of luscious moral maxims. It was held that, once these maxima were embodied in statutes, the Golden Age would dawn anew.

Such was the faith of the fathers of the republic. They were firmly convinced not only that a representative democracy was the best of all imaginable forms of government, but also that it was the only form fit for a civilized people, and that under it the abuses so conspicuous under monarchies, however liberal, would be impossible. Well, the good fathers were partly right and partly wrong. We have given their magnificent theories a prolonged and honest test, and we have found them, in the main, sound and workable. But we have also found defects in them, here and there, and we are now engaged in a painful effort to remedy those defects. In other words, we have passed out of the philosophical or speculative stage and into the scientific or experimental stage. Our effort today is to get good government, at whatever cost to moral maxims and sounding phrases. We are ready to sacrifice anything to that end, even the doctrine that all men are born free and equal, even the doctrine that the people, as a people, can make no mistake and do no wrong.

Hence the political unrest of the moment. It is a time of change, and times of change bring their discomforts. We are attacking today the fundamental American principle that the liberty of the people is best safeguarded by elected and autonomous representatives; and we are attacking, too, the ancient English principle that the liberty of the individual is best safeguarded by a jury of his peers. The question which most interests us today is not whether a proposed reform is theoretically justifiable, but whether it is apt to be practically effective. So we abolish our city councils, curb our state legislatures, centralize authority and responsibility in city, state and nation, and ponder ill-humoredly upon the rottenness of our courts.

The Cure Of Poverty

But perhaps our national change of view is more plainly discernible in small matters than in great. Consider, for example, our attitude toward the pauper—a pest less conspicuously annoying in this country than in most others. At the start, the American view of him was almost entirely theological. He was to be given alms, not because there was any feeling that he was a menace to the state nor any idea that alms would cure him of his inborn inefficiency, but because alms-giving was required by a divine mandate. The care of paupers was a matter for the churches and pious old ladies. Alms-giving was an act of grace, and in consequence a good deal more profitable to the individual than to the state.

Then came the transition to philosophical charity and the launching of a multitude of vapid theories. Societies were established on all sides to combat this or that phase of poverty with infallible formulae. It was maintained on one hand that universal and compulsory education would make the pauper a curiosity in a few years; and on the other hand it was argued that the complete organization of labor would do the same thing; and on the third hand, as it were, it was laid down as an axiom that the free coinage of silver, at the ratio of 16 to 1, would do it, too and even more so.

We still linger in the tail of that age of panaceas, but we have already begun to stir about uneasily. The giving of aims, as an act of piety, has begun to fall into disfavor, and we no longer put much faith in sure cures. Poverty is beginning to be regarded not as a providential stimulus to mercy, nor as an accident of government, but as a disease, and we are beginning to combat it as other great epidemics are combated, not by narcotics, but by prevention. When we reach the scientific stage at last, it is a very probable that we shall make a genuine progress, for our chief energies will then be devoted, not to the hopeless task of curing the inefficiency of the paupers already in existence, but to the more hopeful and sensible one of preventing the transmission of that inborn inefficiency to succeeding and numerous generations.